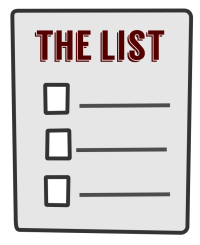 At the start of 2016 I posted an article called “The List.” The article was a list of games that my gaming group owns but had not yet played. It was a pretty good sized list that grew throughout 2016. For the first half of the year I was regularly posting updates to The List and providing brief reviews of the games we crossed off. That tailed off a bit later in the year when I gamed less and lost a little interest in gaming due to life.

But here we are at the end of 2016 so I am providing one final recap to The List. Let’s take a look at how we did. Go back and visit the original article: The List.

There are 57 games on The List, which does not include games like Great Western Trail, SeaFall, Grand Austria Hotel, and many more that were purchased along the way. I’ll leave those out for now since that’s too much to try and remember (I should have stuck with the regular updates).

Some games got traded before we played them. Others were just not interesting enough. Mistakes were made. Excuses rose to the surface. For one reason or another we didn’t do that great with The List.

This is kind of a downer and I don’t want downers to drown out the joy that I had through board gaming in 2016. So here are my top games from the year: 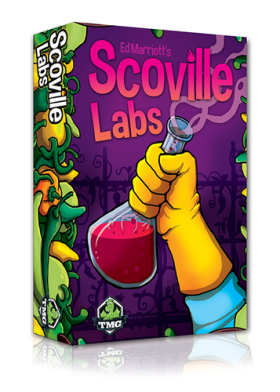 A little shameless self-promotion never hurt anyone, right? My favorite expansion from 2016 was Scoville: Labs!

What I love most about this expansion is that it adds a great layer of control to the game.

One of the things people griped about with the base game was that it was too tactical and they didn’t have enough control with what they were getting and when they would get it. That’s why i designed the personal pepper lab.

With the lab you can control exactly what you get and when you get it. This allows for a greater level of strategy rather than the more tactical base game.

Plus, as a bonus it comes with a bunch of extra peppers, which helps with the other common gripe from the base game that players would run out of peppers.

There are a bunch of other games I really enjoyed from 2016. My list above was capped at 5 to really highlight those games, but these games also deserve some attention.

I’m not doing another “The List” type thing. That was too much effort to track and bother over.

Another mistake from 2016 was that my gaming group switched to once-a-month rather than twice a month. We will be going back to twice a month.

My 2017 convention schedule is sparse at this point. I’ll probably go to Protospiel-Milwaukee in the spring and Protospiel-Madison in the fall. I’ll definitely be going to Gen Con in August. I’d love to go back to Grand Con in September or BGG.Con in November. Those are both enjoyable gaming-focused cons. Maybe 2017 will be the year I finally get to Origins.

Posted in Board Game Night, Board Games, Lessons Learned, The Boards