Another week has left us.  And what a glorious week we have upon us. Just as we are gearing up for GenCon it turns out that I have a birthday this Friday! So of course this week will be a good one. I suppose I should try to get some playtesting in so that I’m not taking garbage to GenCon. But we’ll worry about that later.

Capital Brewery Supper Club: This is an excellent beer to enjoy when you’re not worried about anything. Sit back, put your feet up, and realize this beer’s “not bad.”

O’So Big O: This was another decent beer to enjoy while relaxing. It had a little tanginess, but that didn’t hinder the enjoyment. This beer is from the wonderful town of Plover, WI.

Ben Franklin’s Honey: I again enjoyed some of my own homebrew. However, I have a big problem. I am almost out of my own beer and I don’t have a batch currently fermenting. We are approaching mission critical here. I’d better start brewing!

Here’s glimpse of a cooler I was able to rummage through at a party I attended this weekend. Some of the better beers were in a different cooler. 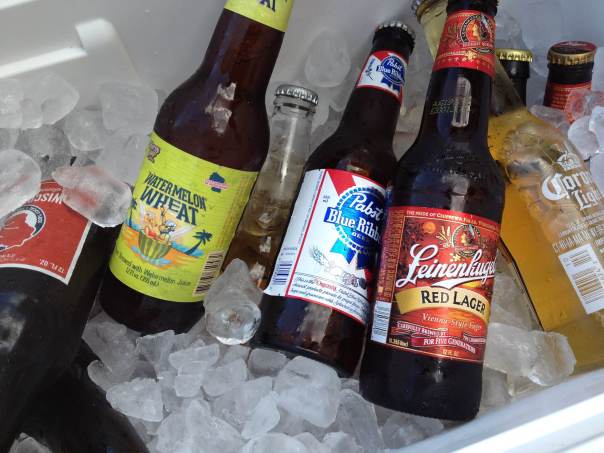 Pabst Blue Ribbon: Out of reverence for fellow game designers that I had the privilege to meet at Protospiel-Wisconsin, I hoisted a cold PBR this weekend. And I realized that it wasn’t that bad. I’d have another, especially if it was available at GenCon!

Unfortunately I didn’t get to play as many games as I had hoped. Here’s the three that I did manage to play:

Tsuro: My friend’s $1.20 thrift store find has made the table a bunch lately. And we got it out again this past week. This is a great filler game that doesn’t take much though, has minimal downtime, and is also fun to play. unlike last week we didn’t have a three-way tie for the win.

Guillotine: This is a fun card game where players try to get the most points over the course of three days. During each day different cards are placed on the table. On a player’s turn they can play a card from their hand, and then they must take the card closest to the guillotine. The card they played hopefully allowed them to put a better card in that spot so that they didn’t have to take a bad one. It’s a pretty fun game despite some dude’s butts on some of the cards.

The Settlers of Catan: We always have fun when we play this game, even with 6 players. When we play with 6 I get to use my two different versions and the table looks pretty funny. But it’s always a fun game, even if I know I’m going to lose after the initial placement phase. Here’s a picture of our setup: 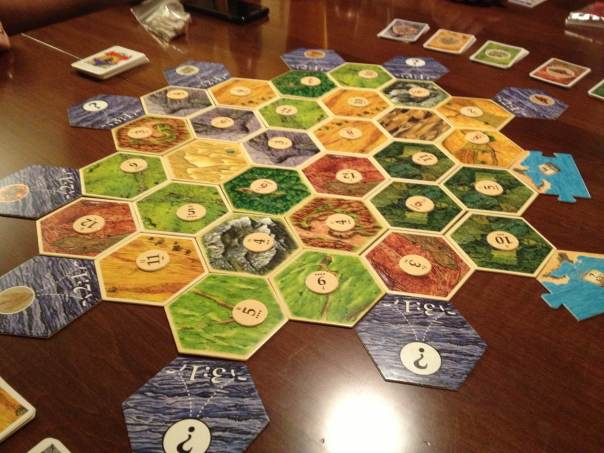 Mish-mash at its best! Excuse the blurriness.

Another week under the belt. What Barley or Boards did you enjoy this past week?