It had been two years since my previous Gen Con. The last time I visited was 2016. I’m so happy my friends and I decided to go back this year! However, instead of a verbose write-up about my experience at Gen Con I thought I’d create a pictorial recap. Enjoy!

Just a few of the people ready to barge into the Exhibit hall Thursday morning! 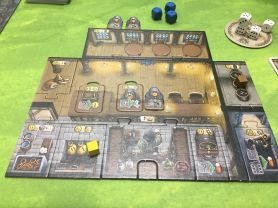 First demo was Die Tavernen im Tiefenthal by Schmidt Spiele. It was fantastic and I’m so glad someone in our group pre-ordered it!

Gave Copenhagen a try, by Queen Games. I thought the mechanics were really clever and I’m looking forward to playing again.

Burger Study produced the official burger of Gen Con. Did any of you try it??

Ralts was out in force, so I was able to evolve a shiny all the way to a Gardevoir! 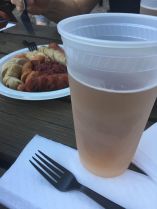 A little secret Gen Con getaway for me and my buddies. That’s a 32 ounce cup! 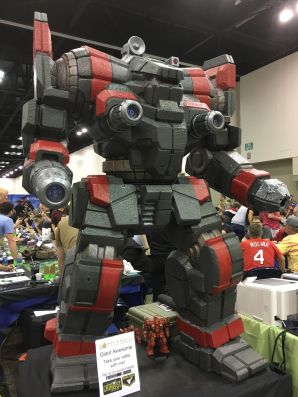 Not sure what this game was but they had a bunch of different versions set up. 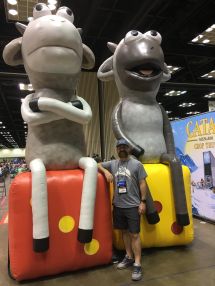 Anyone wanna trade Wheat for Sheep??

There was a cool Star Wars setup in the hallway to Lucas Oil Stadium.

It was so awesome being able to be on the field of Lucas Oil Stadium, home of the Indianapolis Colts (NFL).

My buddy got When I Dream in trade and we gave it a try. I couldn’t trust myself to keep my eyes closed so I got to wear this!

I wasn’t ever into Pokemon before I had kids. Now I wish I hadn’t gotten into it! See those prices???

For some reason my friends won’t join me on a Pedal Pub.

Megacity: Oceania was an interesting resource collection and dexterity-esque game. Hope you have a nice, flat table! 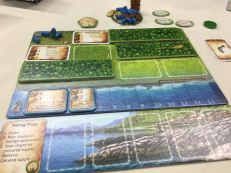 As a fan of Euros I was excited to get Nusfjord to the table in the Gen Con Games Library. This is a bit lighter than some of Uwe Rosenberg’s other titles, which was quite refreshing!

Old West Empresario by Tasty Minstrel Games was one of the hits for me at Gen Con. The dice drafting / action selection / tile placement mechanics all worked in a really awesome way. I really recommend this.

Had to snag the new Sweet & Salty expansions for Food Fighters by Kids Table Board Gaming. My kids have already played a half dozen times!

Azul: Stained Glass of Sintra was a hit with our group. We really like the standard Azul and this was a nice, more “gamey” sequel.

This Werewolf by Bezier games was pretty awesome looking! 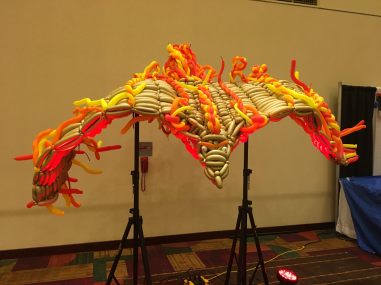 Every year at Gen Con a balloon artist builds something awesome, like this year’s Phoenix.

Picked up a copy of the Unearth expansion for some coworkers and was able to get it signed by the designers!

If you made it to Gen Con 2019 and have some great memories, go ahead and leave a comment! (I’ll approve it when I get a chance).

As a side note, one of the highlights for me was that my buddy and I had a successful game design pitch with the publisher taking home the prototype! Totally awesome!

Posted on August 7, 2019, in Board Games, Gen Con, The Boards and tagged awesome, board games, games, Gen Con, gencon. Bookmark the permalink. 1 Comment.